Angelwing Design are proud to introduce the Pug V2 Micro DLG. Retaining the same dimensions and outlines we have refined the Pug to fly better, look better, to build better, to reduce sanding and totally revised the canopy hatch. Our prototype weighs in at 91g ready to fly with a full decal set, and we just do not think it needs to be any lighter at all..

The most striking changes are:
In addition to the structural design changes we now include an option RES fin in the kit for those who wish to bungee launch or fly from the slope rather than to use the Pug as a DLG. Gentle side arm launches are still possible with this fin set, but not intended for high power DLG launches.

We recommend Solite, Oralight or Feather Cover covering material for this model.

I did a Maiden tonight with my Pug 2 Dlg. I bought it as a christmas gift from my wife.
To build the wings was very easy, nice balsa in the ribs and smart connection in the middle. I had some problem with the body, the plastic parts that led the wires to the rudder was to narrow so I could not move the wires. In the end I took a ligther and warmed up the wire and put it through.
I have not made any real test with my Pug, but after tonight I know it will fly. The feather cover was very easy to put on.
Sorry for my english

A great, fun to build glider and re-introduction to the hobby. I wanted something small that can be flown in local fields. Great service from hyperflight with the delivery. I followed the manual very closely and it went together fine. The CNC cutting is superb! Even though the fuselage pod is "self-jigged" care still needs to be taken to keep it true. The wing went together well, just follow along with the manual. I covered the wing and tail feathers in transparent Oralight. I was concerned that it would be difficult covering the wing due to the small Carbon fibre Leading and trailing edges, but this was no problem. For extra strength I glassed the fuselage pod with light weight cloth and some old SP113 resin. Then gave 3 coats of filler primer, 3 coats of primer and a couple of coats of Halfords top coat, with lots of sanding in between, the pod now looks like it was moulded :-). The weight is around 95 grams. Still playing with the CG and now it has 3g in the nose (too far forward initially).

It would have been nice if some carbon fibre tows were included to reinforce the throwing peg as shown in the manual. Also, the control throws indicate that the rudder is around 2x the elevator's, so it may be advisable to use the innermost hole for the later.

This model fills the bill perfectly as an introduction to DLG that can be flown in local fields/small spaces.

I have purchase two Pug 2 from Hyperflight and I am very pleased with the DLG and the very quick shipping and support. I had a broken part (my bad) and they connected me with the Pug 2 Manufacture for a placement part. Both the manufacture/designer Angelwingdesigns and Hyperflight support has been super.

Can't comment on the kit as I bought it as a present for my son for christmas (and due to Covid I haven't seen him to give him it) delivery was brilliant as always with Hyperflight. 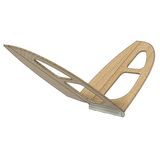 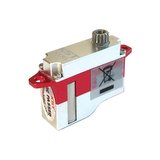 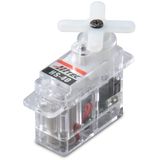 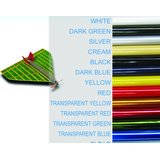 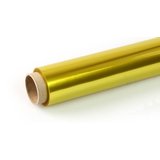 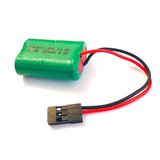 Feather Cover
Price: $5.26
Out of stock, notify me when back in stock