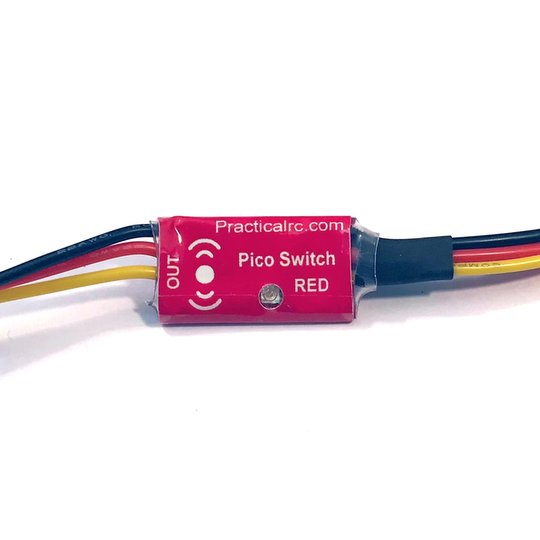 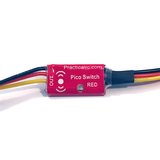 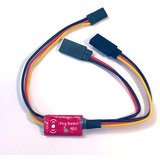 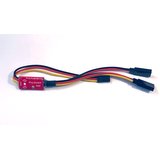 The PicoSwitch RED is a lightweight battery backup system and magnetic switch and is ideal for RC gliders and F5J electric soarers. This device has two power inputs and allows the radio control gear to be powered from ether battery/power source. It is switched on and off by holding the supplied magnet close to the switch for three seconds.

If the switch is mounted under fuse skin the magnet can be outside and the switch inside, so the RC can be switched on without removing the access hatch. Careful firmware design ensures that stray magnetic fields cannot toggle the switch incorrectly.

The device defaults to on when first powered up - this safety feature means that if there is a brief voltage drop caused by a bad connection or low battery voltage the device will stay on when the voltage returns. It also means that the model can be flown if the magnet is lost, just unplug and re-plug the receiver battery to switch it on.

When the switch is plugged into the power supply for the first time the output will turn on and the LED will flash.


Please ensure a full range check of the model is undertaken prior to use. The pack includes the switch and two small neodymium magnets - one needed plus a spare. It does not include the Magnetic Keyfob and Lanyard shown in the related products sidebar. To mount the magnet and make it more visible cut some balsawood to the required size, make a hole for the magnet, and cover it with sticky tape.

I have not used yet but looks good. Very fast delivery.

ordering from the UK

Neil was quick in sending but due to customs it took a while (Brexit). My AVA has a detachable nosecone (old lady). Now I switch on and off during a flightday without unscrewing the nosecone. Ok, I'm a bit lazy. Or in English: economical with my energy!

Very small and light i am using it on an explorer f5j as i am stretching the yge esc (bec set to 7.4v) to its limits and wanted a backup in case it fries. I have a tiny 260 mah two cell lipo and a tiny 5v 6g bec, plenty to get through a flight safely. Seems to be a good solution. 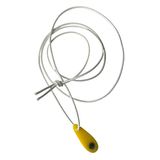