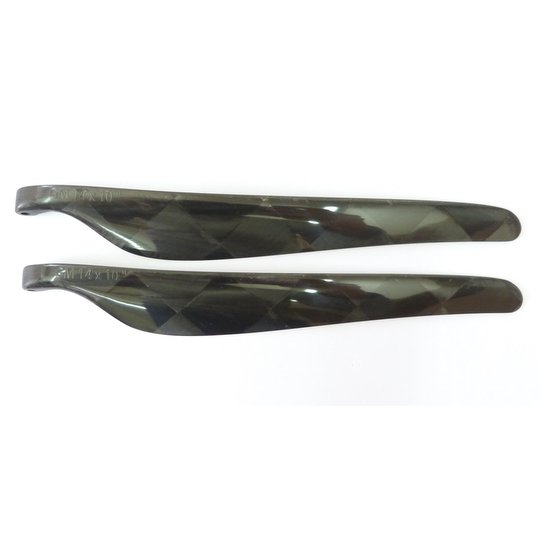 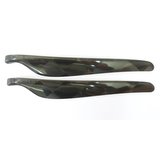 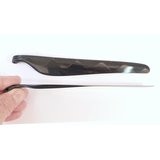 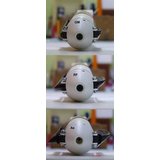 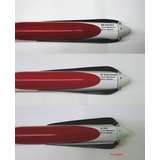 A pair of very high quality GM 14 x 8 F flat folding prop blades, suitable for HyperFlight's and other makes of folding prop yokes and spinners. These blades have less twist than usual, allowing them to fold flatter against a glider fuselage, reducing drag.

These blades are thinner (they have a higher aspect ratio) than normal folding propeller blades, allowing larger diameter blades to be fitted without pulling too much current. This increases the propulsive efficiency of the powertrain. The reduced twist (flatness) also allows them to fold closer to the fuselage, and cause less drag when folded than other props. The flatness does reduce the efficiency slightly, but this is more than offset by the improved glide. See photos 3 and 4 for a visual comparison of GM, RF and Aeronaut props, kindly produced by Andre Jeber Demetrio.

It folds nice and flat on my full house 3600 Circle Dancer great blades.

I purchased these blades for a conversion from F3J to F5J. Matched with a hyperspinner they fold perfectly flat against the fuselage. They are superior to all other folding props I have used

Very nice finish, and fits perfectly flat to my PlusX