The Forza 100 is the next generation high performance 2.5 metre model from successful Aeroic designer, Dr. James Hammond. With a new and highly experienced manufacturer, and continuing technical development of previous designs which have gained him a worldwide following, Dr. James Hammond is very pleased to announce Aeroic’s latest entry into the high-end sports sailplane market; the Stormbird Forza 100”

James specifically designed the now very popular Forza as a more modern, and higher performing replacement for the ever-popular Typhoon – arguably the best selling all–moulded 2M ever, that he designed over a decade ago. Now it has been stretched and optimized into the higher aspect ratio Forza. The proof of the Pudding – chuck it and see. From the very first flight the Forza has surprised us.

Armed and dangerous with its massive carbon joiner and a completely new and higher aspect ratio wing planform, newly smoothed aerofoils, and the game-changing sine wave spar, the new “Doc J” weapon is extremely fast - scary fast some have said - and like all Aeroic thoroughbreds its highly aerobatic but lands like a Gentle Lady. Its faster than its smaller brother in acceleration and top speed, slower in landing mode, and with its lower wing loading can fly in lighter winds than the original model.

Overall design:
James has always had an eye for a cool design – if not color – he admits to being “Chromatically” challenged. The Forza has a highly optimized wing and new and smoothing improved wind tunnel tested aerofoils. The layout has enough room to allow plenty of ballast in the fuse and has ballast tubes in the wings too. The slip on nosecone makes it all easily accessible

Aerofoils:
The sections used are the most developments from James’s highly successful original aerofoil designs: Dial in a millimeter of reflex and see what happens – but don’t forget the replace the battery in your pacemaker first, or drop the flaps to 80 degrees and find you are walking faster than your model.

Wings:
Completely different from the previous design, and made possible by the revolutionary Sine Wave Spar that is now a feature of all Aeroic planes, the optimized and now stretched wing planform has undergone a series of changes throughout the development and testing of the model resulting in the somewhat “radical” shape that we now see.

Horns are factory fitted with well thought out geometry to allow flush servo installation using 10mm servos for flaps and 8mm servos for the ailerons. Using conventional linkages, you can get a clean, practical and most importantly serviceable wing installation optimized to use full servo travel to give high torque and low slop. Ballast spaces in the wing allow approx 450 g (1lb) of lead to be carried.

Aeroic Sine Wave Spar:
Used in several military aircraft, (Doc J’s designer background) the Sine Wave Spar (SWS) has been adapted for the first time to make up the heart of a model sailplane wing, and has frankly amazed us with its low weight, and ultra high strength. Unlike a conventional “Box” spar the Sine Wave Spar adds terrific torsional stiffness and yet actually weighs considerably less than the older conventional spar types. Now used in all Aeroic airframes, the Sine Wave Spar is lighter and far stronger than “conventional” spars and raises the overall performance level another few notches.

Fuselage:
The slim and curvaceous fuse is strong, light, and stiff with Carbon/Kevlar reinforcement and gives far more strength to the boom than most models. Electronics area is 2.4 GHz friendly with access to the radio and ballast through a slip-on nose cone. The long nose area accentuates the rakish lines but also provides plenty of space to easily balance the model without resorting to shoehorning lead in every available crevice!

Snakes (not supplied) and/or rear mounted direct servos can be used for Rudder/Elevator control. Wing stub fairings with location dowel holes finish the fuselage with recesses for “green” Multiplex type connectors to connect the electronics pre-routed.


Tailplane:
As normal the aerofoils were specifically designed for Aeroic sailplanes and optimized for maximum control response with minimum deflection. At 10%, the tail aerofoil section is thicker than is the norm but the infinitesimal increase in drag is easily offset by the increased control response for less deflection. To further increase the efficiency, pitch control is accomplished by using an elevator not a wobbly all-moving tailplane. The elevator is directly driven by a servo placed in a hatch in the fin to give solid elevator control.

Joiner:
Like all Aeroic planes, the Forza has an impressive joiner. Massive is the only way to describe this part. Measuring 35 x 12mm, the length has also been increased by over 100mm (4”). It’s as big if not bigger than those used in most 3m competition airframes!

Production:
The Stormbird Forza has been designed with far greater capability potential than any average sports model, and this, coupled with the fact that like all Aeroic sailplanes the pre-production models underwent thorough testing, not only in flying performance, but also in making the installation straightforward and practical, leads to an airframe that is a snip to fit out, and flies like the true thoroughbred it is. It is supplied with a wiring harness, plastic servo frames for 10mm thick servos and some control linkage hardware.

Usually available in Standard (glass & carbon) and WMD (lots of carbon) wing layups. The latter is approx 250g heavier than the weight listed below. It was also reported that approx 200g of noseweight is required due to the stronger fuselage.

I have flown this model between September 21 and Feb 22 in a wide range of conditions. I needed a moulded model to replace my worn out old-style slopers. The WMD version was the only one available, which concerned me somewhat, because I wanted something multi-purpose. I shouldn't have worried. I wont claim it flies in light airs, but with a bit of flap it will climb in any decent lift. Get rid of the flaps and the speed range is tremendous. Landings are so easy with Crow. I am now up to full ballast in the wings and fus in 40mph winds (3500g total). Ballistic! But still easy to land. Cant wait to try it on the DS ridge.
The build was tricky in the tail, but I got there with rudder and elevator servos. Nose weight is in the removeable cone (secured to the fus with drawing pins) as the only practical approach.

I'm getting used to squeezing radio in modern fuselages now having set up a few recently. This is not to bad but thought is needed to get to the ballast tube in the fuz. It all worked out well and i have flown it twice at whitesheets in a good SW. Easy to fly and the recommended set up was all good. KTS servos on the ailerons and elevator. king max on the flaps, all wing servos in cages with bearings. Tail servo was fiddly but doable. mine was the std lay up and is incredibly rigid, i cant imagine what the extra carbon one is like.
All in all very nice model great finish, and fly's very nicely.

Finally got round to first flight of stormbird today due to lock down and I must admit a bit of trepidation about having spent so much and whether my flying skills were up to it .
Well , what a plane flew perfectly and to be honest a lot easier than I expected ( I usually fly balsa or foam) now my favourite plane by far , if, like me ,you are wondering if the expense is worth it the answer most definitely is yes !!!

Excellent service from Hyperflight as usual, good levels of stock of models and accessories. This model does not disappoint, looks good goes together well and flies great. First flight without ballast in 22mph wind was brilliant, second flight with 11oz ballast in 24 mph wind was even better. Got 12mm brass rod for wing ballast but needed to grind down to 10mm, 5 1/2 oz in each wing. MKS 6130 for flaps, KST X 08H for ailerons and KST X12-508 for rudder and elevator. A 1600 Life batt and a couple of ozs lead in nose balanced it as per instructions and no trim change was required. 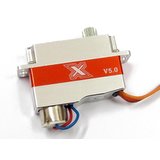 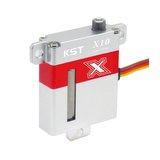 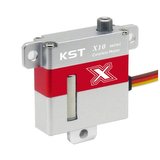